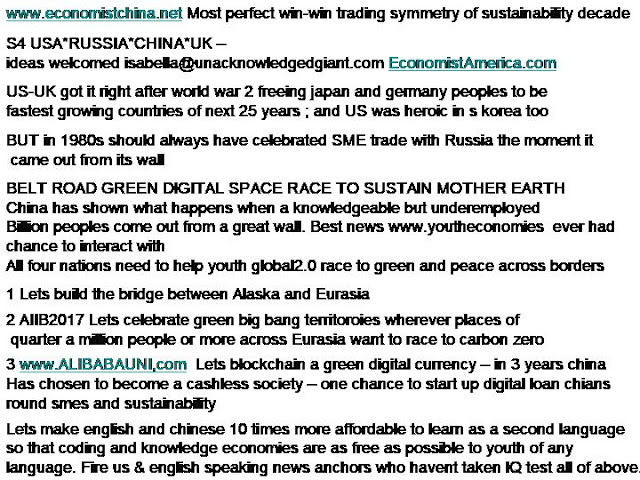 Posted by chris macrae at 9:35 AM No comments:


THE 2025 REPORT: A Concise History of
the Future 1975-2025. By Norman Macrae. 258 pages. Macmillan. $18.95. WHEN Gary Hart became President in 1988, he found himself confronted by a frightening situation. At his first major briefing from the Central Intelligence Agency, he learned that the most politically influential general in the Soviet Union had been bombarding his colleagues in the Kremlin with memos arguing that they should take advantage of their temporary position of strength and pursue a much more aggressive foreign policy, on the assumption that if they set the West a series of deliberate challenges an inexperienced American administration would be bound to run away from them.
All very scary, but fortunately there were members of the Politburo who were equally alarmed. One of them, Andrej Borovsky, sent a secret message to the President revealing that he and a group of colleagues planned to take power, but they could only hope to succeed if they had American support. Once their coup had succeeded, they would move as quickly as possible to introduce an open society and a free-market economy.
A cool customer, Borovsky. He had even thought things through to the point where he was skeptical about the likely benefits of economic aid; he was convinced that the part played by the Marshall Plan in the recovery of West Germany had been exaggerated, because ''it was the do-gooders' best excuse for explaining why brutal free markets worked.''
If his letter sometimes makes him sound suspiciously Westernized, it is not altogether a coincidence. Norman Macrae, who conjured him up, has been deputy editor of The Economist for the past 20 years, and almost everything in ''The 2025 Report'' has a touch of the breezy hyperconfident manner that that journal generally favors. Mr. Macrae is an old hand at the game of economic prophecy, and it should be said that he has had some outstanding successes in his time; he was one of the first, for example, to predict the postwar rise of Japan.
On this occasion he foresees a happy outcome. The Americans take a gamble on Borovsky, and ''the glorious and almost bloodless Russian counter-revolution of 1989-90'' is followed by a long period known as ''the gunboat years,'' during which the two superpowers exercise an increasing degree of global hegemony. This is frequently denounced as neo- colonialism, which it is - but it is also the only effective way of policing a world in which many states are ruled by despots who might well turn out to be crazy enough to use nuclear weapons.
Meanwhile, the Third World is still desperately poor, there is a looming possibility of conflict between North and South, and finally in the year 2005 a new American President who is called Roberta Kennedy (and how one wishes she weren't) sounds the alarm. Viewers throughout the world are invited to participate in a two- way television symposium, and several million tap in suggestions on their terminals. After computers have sifted the good ideas from the dross, the result is the creation of the ''Centrobank,'' a body empowered to supply the poorer countries with enough new foreign exchange to insure internal growth ''at the fastest possible non-inflationary pace but not by one penny faster.''
The Centrobank system is not only a triumphant success; it also leads to a rapid decline in the importance of governments, and of the nation state. And at this point Mr. Macrae switches from political science fiction to socioeconomic prediction; the rest of his book consists of a survey of the kind of world he thinks we can expect by 2025 if freedom and rationality are given a chance.
It will be a world of unprecedented abundance - thanks to such things as crop engineering, microbial mining, the cultivation of ''single cell protein'' - and a world of unprecedented freedom, in which people will be able to live more or less where they choose and ''telecommute'' to work. Children will be able to start work, if they want to, as soon as they have taken their ''Preliminary Exam'' (on average, at the age of 10 1/2; along with reading, writing, computer and so forth, the subjects tested will include ''emotional balance'' and ''civilized living''). Adults who have been studying or enjoying their leisure will be able to resume work at virtually any time, even in their 80's.
Along with many other advances in medicine and health care, genetic engineering - of a strictly nonsinister variety - will perform all kinds of miracles. (In one of the miniature biographies woven into the text, an Indonesian girl born without limbs acquires them through surgical ''tissue transformation'' - and goes on to win a gold medal for swimming in the Olympics.) Complicated brain scans will provide a safeguard against crime and potential insanity, particularly in public figures, and indeed it will be standard practice to send a printout of one's own scan to anyone with whom one has important dealings.
As utopias go, Mr. Macrae's seems to me reasonably plausible. But like most examples of the genre, it begs some large questions about power (will politics really wither away quite so easily?) and about the less attractive aspects of human nature (which are hard to expel even with the most scientific of pitchforks). And - again like most utopias - some of the goals that he assumes are desirable will strike many readers as repellent, or stultifying, or hopelessly banal. Those exams in civilized living, for instance, or his predictions about a flowering of the arts thanks to better opinion sampling, which could almost be mistaken for deliberate satire.
Still, he has written a lively, good- humored book, with a few nice quirky touches. And when he tells us that in 40 years' time alcohol consumption will virtually have disappeared, he is human enough to add, ''except for certain expensive wines.'' I was reminded of the character in one of Bernard Shaw's plays who was ''only a beer teetotaller, not a champagne teetotaller.''
photo of Norman Macrae
Posted by chris macrae at 9:08 AM 2 comments:

cgtn video on this to come
Posted by chris macrae at 4:30 AM No comments: