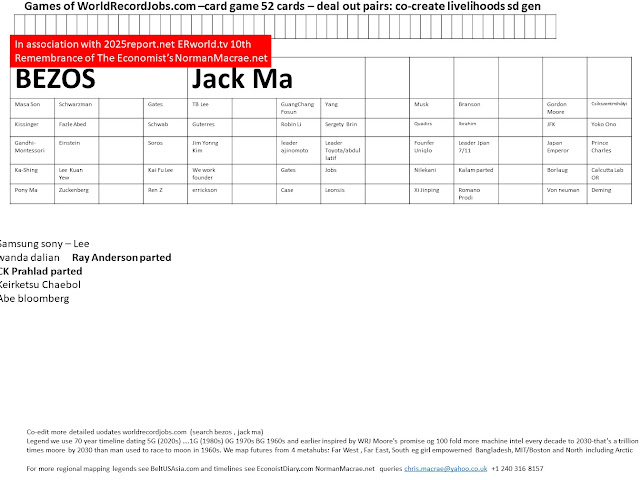 Posted by chris macrae at 12:31 PM No comments:

Email ThisBlogThis!Share to TwitterShare to FacebookShare to Pinterest
Bezos story so far
in 1995 (seattle usa) bezos launched amazon the world's first major ecommerce web originally as a quick way to find books; there was a lot of hope that communities of customers would get a better deal-during sceond half of 20th c mass tv incraesed cost of advertising every year - americans were paying far more for the ads tghan the product cost in many markets and communities with unique local  enterprsies were squeezed out -see www.cluetrain,com

but soon most ditcoms were slaughtered for 2 kinds of reasons:
the big retil chuinas across america with theiur expensive malls went to war with the dotocms
many of the dotcoms were finaced by greedy ventire capitalists who werent r5eady for tech to catch up - eg consumers didnt get smartphones to 2007 and there was little trustworthy fintech 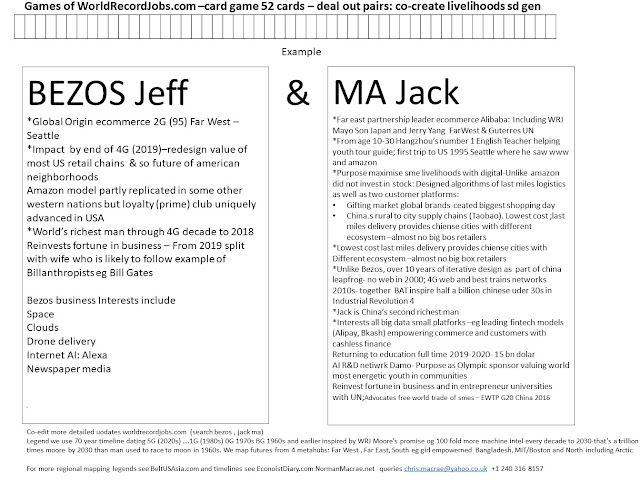 Posted by chris macrae at 11:27 AM No comments: